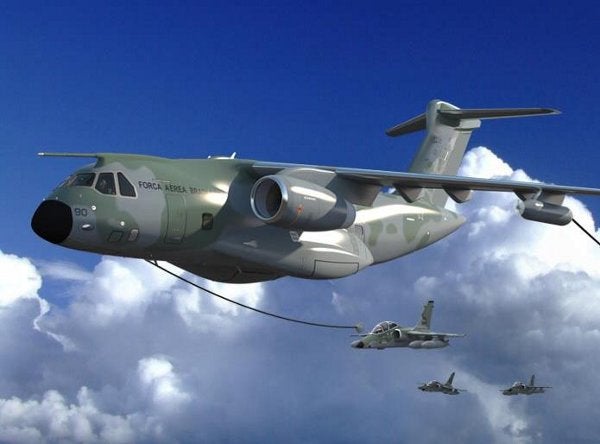 Embraer Defense and Security has awarded a contract to Cobham for the development and delivery of the Auxiliary Fuselage Fuel Tank (AFFT) for the Brazilian Air Force’s (FAB) KC-390 tactical military transport and tanker aircraft programme.

The $30m contract award follows a detailed competitive process based on the company’s experience in design, production and supply of aircraft fuel tank systems.

According to the company, the advanced AFFT for the KC-390 will be modified to meet weight requirements.

Cobham has now secured two undisclosed contracts for the development and supply of nose radomes and aerial refuelling receiver probes for the KC-390 aircraft. The contracts were awarded in August 2012 and December 2011 respectively.

The manufacturing and qualification of radomes is scheduled for 2013, in anticipation of the first test flight in 2014.

The company will also deliver wing-mounted aerial refuelling pods to Embraer under a separate $60m contract signed in September 2011.

The first flight of the KC-390 aircraft is expected to take place in 2014, followed by entry into operational service by the end of 2015.