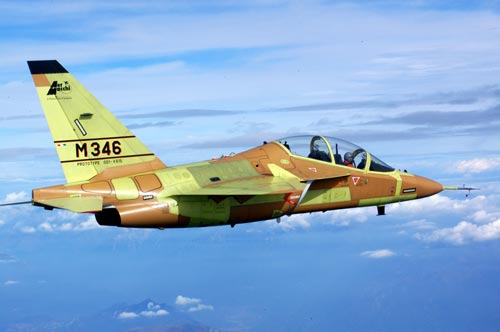 Valued at $140m, the contract forms part of a $600m contract awarded by the Israeli Ministry of Defence (IMOD) in 2011 for the provision of an initial training package, CLS services and technical engineering support for M-346I aircraft.

Under the contract, the company will collaborate with Elbit to supply, maintain and overhaul spare parts over the next 20 years, as reported by Flight Global.

A total of 30 M-346 trainers were ordered by Israel from Alenia as part of a $1bn government-to-government deal in July 2012.

Selected against the South Korean T-50 Golden Eagle supersonic advanced trainer, the aircraft is scheduled to replace the IAF’s fleet of ageing American Douglas-built TA-4 Skyhawks, which has served as the air force’s training apparatus for 40 years.

Deliveries of the aircraft, which will be made available to IAF through a joint venture between Elbit and Israel Aerospace Industries (IAI), are scheduled to start in the middle of 2014.

A derivative of the Russian Yak-130 combat trainer, the lead-in fifth-generation fighter features a fly-by-wire control system, as well as an integrated digital avionics suite with an ability to simulate sensors and threats in flight.

The aircraft has also been ordered by the air forces of Italy and Singapore.