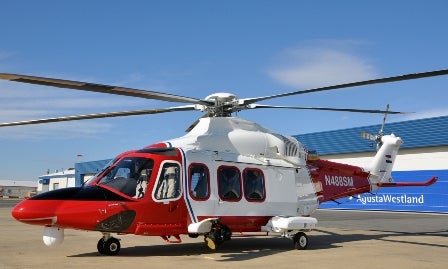 The $37.8m contract was awarded to the company by the US Army Aviation and Missile Command (AMCOM) Contracting Center in May 2011, and also included delivery of logistics support, training package, search and rescue equipment and medical kits.

According to the company, the aircraft, which were built at its Philadelphia facility, have been configured to support the Egyptian air force’s search and rescue (SAR) missions.

Following the completion of deliveries, AgustaWestland will now continue to support the US Army by training aircrews and providing spare parts to ensure successful fielding of the aircraft.

Powered by two Pratt & Whitney PT6C turboshaft engines, the AW139 is a 15-seat medium sized twin-engined helicopter designed to perform in hot and high conditions with inherent multirole capability and flexibility of operation.

Having a cruise speed of 165k, the aircraft features a low acoustic signature, integrated mission avionics and a full ice protection system to accomplish missions in demanding, all-weather conditions.

The helicopter can be used in a number of missions including law enforcement/emergency medical service (EMS), executive transport, search and rescue, maritime and offshore oil operations.

More than 620 AW139s have been delivered to fulfil demanding missions for government customers worldwide that include the US Department of Homeland Security (DHS), Irish Air Corps, UAE Air Force and the Japan Coast Guard.