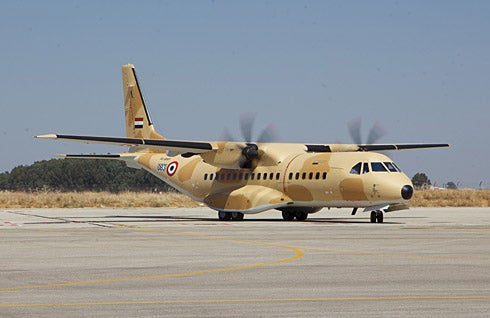 Representing an overall third order, the latest contract covers the delivery of six C295, bringing the total number of aircraft ordered to date by the air force to 12.

The contract also includes provision of associated spare parts and support equipment, as well as training and field support to the air force.

"The C295 is exactly the kind of workhorse required for current and future airlift missions, and the most cost-efficient complement to heavy transport aircraft," Barberan added.

The selection of the aircraft was based upon its combat proven versatility, robustness and efficiency for daily transport missions, as well as ease of maintenance and low operational costs.

An initial batch of three C295 aircraft was ordered by EAF for tactical and logistical transport operations in October 2010.

Around 93 C295s out of a total 115 ordered aircraft have been delivered by Airbus to 15 different operators worldwide, including Algeria, Brazil, Chile, Colombia, Finland, Jordan, Poland, Portugal and Spain.

Deliveries under the new contract are scheduled to commence from the end of 2013.