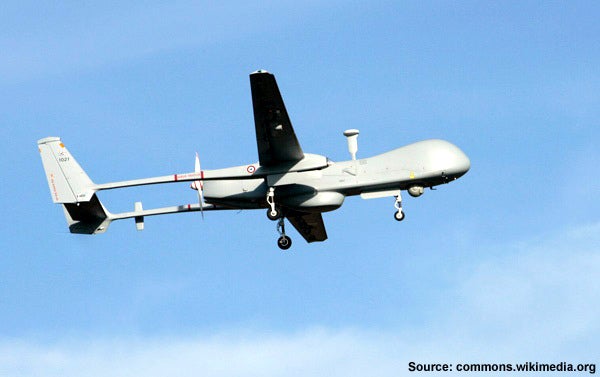 EADS is negotiating an extension of the Harfang unmanned air vehicle (UAV) system delivery contract with the French Ministry of Defence (MoD), a senior company official has revealed.

Sales head Luc Boureau of Cassidian, an EADS defence and security unit, was quoted by Reuters confirming the company is seeking extension of UAV deliveries to the French Air Force (ALAT) until 2017.

The company is also holding talks on modification of the air force’s General Atomics-built MQ-9 Reaper UAV as a makeshift solution, prior to actual deliveries of next-generation drones in the next decade, Boureau added.

Meanwhile, the French MoD refused to comment on the issue.

Powered by a single four-stroke liquid air-cooled Rotax 914 F turbocharged engine, the Harfang is a medium-altitude, long-endurance UAV designed to carry out strategic reconnaissance and tracking missions in the battlefield.

Derived from Israel Aerospace Industries-built Eagle 1 / Heron TP platform, the Harfang can be controlled either manually from the GCS or autonomously, and is integrated with a remote operations video enhanced receiver (ROVER) transmission system to broadcast video imagery in real-time to ground troops.

The drone entered operational service in June 2008 as a supplement to French RQ-5 Hunter UAV.

A total of four systems, each comprising three aerial vehicles and two ground control stations, are currently operational with the air force.

The UAVs were also operated by the ALAT for conducting reconnaissance and tracking operations in Afghanistan.

The UAV Payload Market in France to 2025: Market Brief