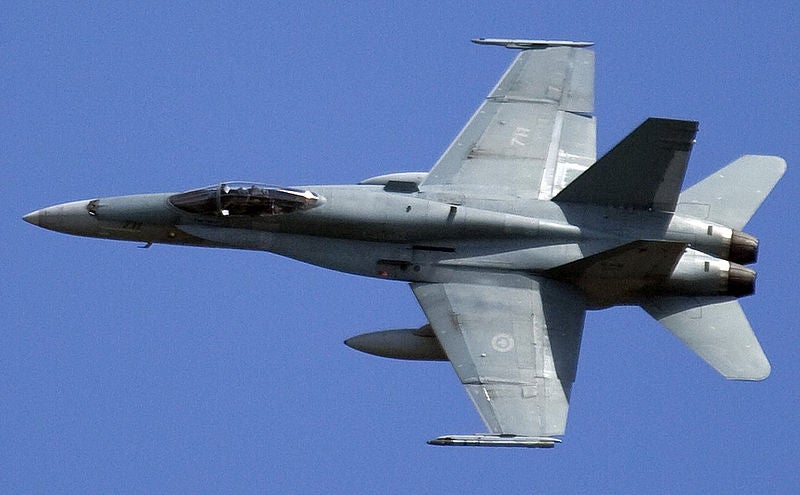 CAE has been awarded a series of military contracts for the production and supply of a suite of fixed wing training devices for the Royal Canadian Air Force’s (RCAF) fleet of CF-18 Hornet fighter aircraft.

"Our customer base continues to grow as defence forces expand their use of synthetic training in order to reduce cost. CAE’s advanced simulation solutions offer the ability to practice and rehearse dangerous mission scenarios safely," Colabatistto said.

Support services including avionics software upgrades, integrated logistics support and data management services will be provided by CAE, which has been performing systems engineering support services for the CF-18 fleet for more than 25 years.

According to the company, the intended simulator for RCAF fleet will feature a high-fidelity replica of the cockpit surrounded by an 11ft front projection dome display.

CF-18s have been deployed by the RCAF to support NORAD air sovereignty patrols, for combat during the Gulf War in 1991, the Kosovo War in the late 1990s, and also as the Canadian contribution to the international Libyan no-fly zone in 2011.