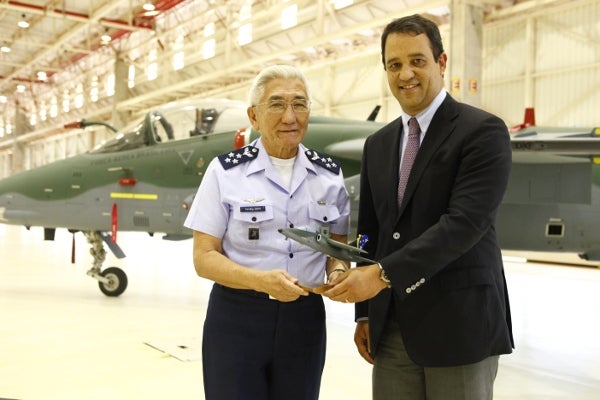 Additional equipment include briefing and debriefing stations to train and enhance proficiency of FAB pilots, which will enable the service to lower operational costs, and achieve greater effectiveness in mission planning and execution.

Brazilian Air Force Aeronautics commander air force general Juniti Saito said the A-1 fighters represents fundamental elements for the country’s national defence, including its territorial coastal waters, and have successfully been used during highly complex operations as the Cruzex and Red Flag exercises.

“Around 43 subsonic A-1 fighters are being modernised by the company as part of a contract awarded by FAB in January 2011.”

”Its modernisation presents a big gain in capability, along with adequate cost-benefit, and, once again, it shows the value of the nation’s industry,” Saito said.

As part of the company’s modernisation program, the aircraft are fitted with systems similar to those found on FAB’s F-5Ms and the A-29 Super Tucanos, to help pilots during adaptation period, and also provide standardisation with multiple operational advantages, including enhanced fleet management policy, better output in terms of flight hours, as well as reduced maintenance and operating costs.

Embraer is currently upgrading 16 of the total 43 aircraft, which are designed to conduct air-to-ground attack, bombing, tactical air support and reconnaissance missions.