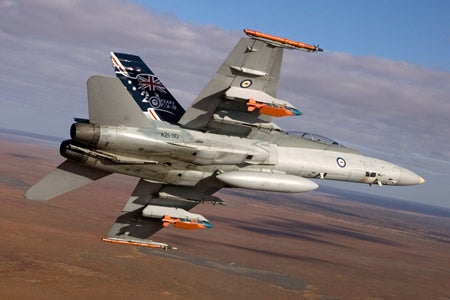 The 500lb JDAM-ER, developed in collaboration with the Commonwealth of Australia, is equipped with a modular add-on wing kit, which is designed to transform the highly capable JDAM into one of the most mission flexible, low-cost weapons in the world.

"The JDAM-ER effectively meets the needs of the Commonwealth by providing a greater stand-off capability and making it safer for pilots to prosecute their missions on today’s ever-changing battlefields," Rub added.

"By successfully transitioning this technology from prototype to production, the Australian Defence Force will be able to further reduce the risk to its personnel on operations, allowing RAAF aircrew to engage their targets from beyond the range of enemy air defences," Clare added.

As part of a contract awarded in 2011, Boeing is scheduled to locally produce and deliver an undisclosed number of JDAM-ER wing kits to the RAAF starting from early 2015.

Having successfully completed test flights in 2008 as part of the Commonwealth’s capability and technology demonstration programme, the wing kits are capable of unfolding during flight and can be installed with additional features, including a laser sensor.

More than 230,000 JDAM tail kits have been built by Boeing for use by 26 international militaries, since production began in 1998.