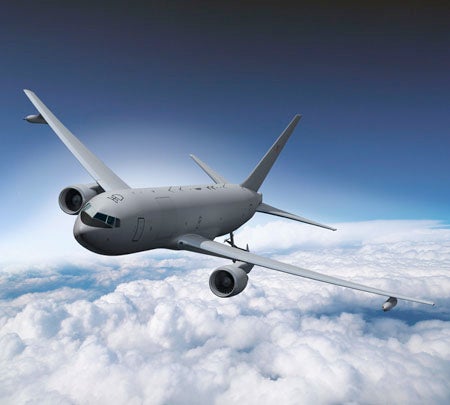 Boeing is planning to begin production of the US Air Force’s (USAF) new KC-46A tanker aircraft by the end of 2012, Boeing has revealed.

When asked about the reason for silence by the company officials on the development plans, Dougherty said: "We felt, but I really felt, it was critically important to spend this year ensuring that we had a solid foundation.

"We have not changed our projection. At this stage of the game, we’re performing very well to plan, and we have no reason to change the projection at this time."

Boeing has finalised the aircraft design, following the contract award in February 2011, and has also established five development laboratories which will develop boom software and other components.

Furthermore, Boeing has already taken delivery of the commercial avionics that will be used in the programme’s integration lab and part of a refuelling boom, which will be based on the existing KC-10 boom.

Deliveries will continue until 2028, and the initial flight of the first aircraft is scheduled to take place in late 2014.