Valued at A$70m, the Australian C-17 sustainment services contract was awarded in support of the RAAF’s heavy airlift capability.

The scope of the contract includes management of services, provision of integration, engineering, and maintenance in support of the fleet of transport aircraft.

The contract has an initial five-year term with options to extend it until the retirement of the aircraft based at RAAF Base Amberley, Queensland, Australia. 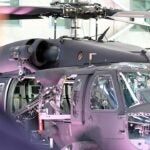 Australia Defence Industry Minister Christopher Pyne said: “The RAAF C-17A provides a nimble fleet of transport aircraft, which have the ability to land on some of the harshest airfields in the world.

“The arrangements to maintain the C-17A aircraft have been in place since 2006 when the first C-17A was delivered to Australia, however, as the size of the fleet has since doubled to eight, this new arrangement will create new jobs in Queensland.

"The new arrangement replaces some elements of the existing sustainment arrangements with the US Government, while keeping Australia in the global supply system for C-17.

“This contract rationalises Australian unique support services and ensures a cost effective, flexible and modern sustainment management arrangement both now and into the future.”

"This contract rationalises Australian unique support services and ensures a cost effective, flexible and modern sustainment management arrangement both now and into the future."

The deal, which will come into effect in October this year, is expected to create 12 new jobs.