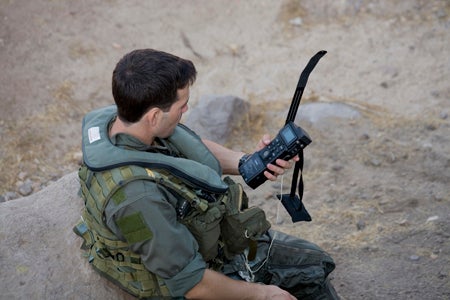 Boeing has been awarded a contract to upgrade the US Air Force’s (USAF) combat survivor evader locator (CSEL) radios and ultra-high frequency (UHF) base stations.

Under the terms of the $13.6m contract, the company will integrate the CSEL handheld radios and base stations with new capabilities, in an effort to enable the faster search and rescue of downed pilots or isolated personnel (IP) in the battlefield.

"CSEL provides the US military with the strategic advantage of an easy-to-use, multifunction radio that has already played a critical role in numerous successful rescues involving downed combat forces and pilots," Capps added.

"Under the terms of the $13.6m contract, the company will integrate CSEL handheld radios and base stations with new capabilities."

"These new capabilities can reduce rescue time and give isolated personnel another option to get home safely," Renner added.

Modernisation of the CSEL UHF base stations is expected to enable the CSEL network to remain in compliance with the latest Information Assurance standards that safeguards networks against any foreign intrusion.

Dubbed the US Department of Defense’s (DoD) Program of Record for Joint Search and Rescue, the CSEL is a fully qualified, next-generation survival radio designed to support survival, evasion and personnel recovery missions in the battlefield.

Boeing has delivered more than 54,400 CSEL radios to all three branches of the DoD to date, since the radios were authorised for use in theatre in 2005.