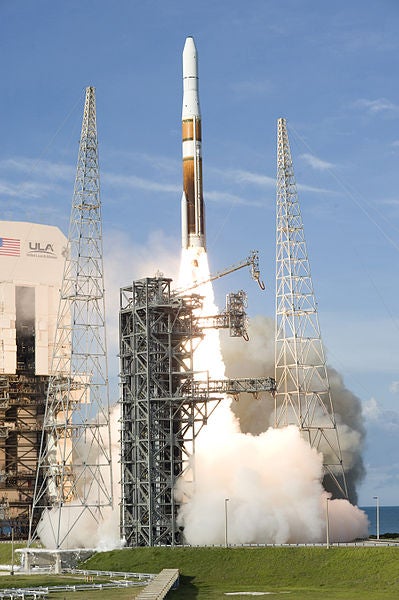 Boeing and United Launch Alliance (ULA) has filed a lawsuit against the US Air Force (USAF) in the US Court of Federal Claims, seeking a reimbursement of $385m incurred by the company between 1998 and 2006, for Delta IV rocket launch services.

In the joint complaint, Boeing alleged that the air force reneged on its contractual commitment, violating the agreements that were ”designed to secure Boeing’s participation” in the Evolved Expendable Launch Vehicle (EELV) programme.

The EELV was brought about by the US Department of Defense (DoD) in the 1990s in a bid to reduce the cost of launching US military and government satellites into orbit, and resulted in the development of two launch vehicles, which included Boeing’s Delta IV and Lockheed Martin’s Atlas V.

”Boeing clearly and repeatedly conditioned its willingness to participate in the restructured programme on the government’s agreement to contract terms ensuring Boeing’s recovery of its inventoried costs, including DSC,” the lawsuit stated.

The USAF, however, has refused to pay any such costs since 2008, and instead asked Boeing to repay $72m, including interest, paid by the service to the company for costs incurred on the Delta 4 programme in 2011.

Boeing spokeswoman Jenna McMullin said the lawsuit seeks the refund of legitimate, allowable costs of the Delta IV programme that were incurred by the company prior to the establishment of ULA in 2006.

"We believe ULA is entitled to the full amount at issue and that the agreements with the air force are valid and enforceable," McMullin added.