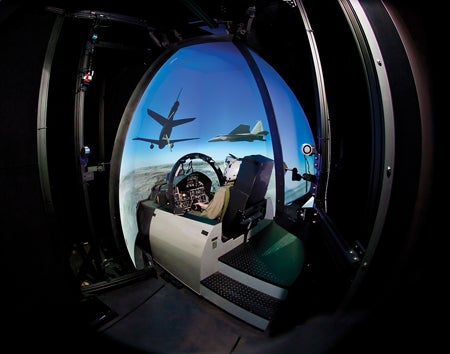 Boeing has unveiled an enhanced projection technology for its Constant Resolution Visual System (CRVS) at the 2012 Interservice/Industry Training, Simulation and Education Conference (I/ITSEC), which is currently underway in Orlando, Florida, US.

The e-Shift 8K projectors are capable of doubling the CRVS projector’s resolution both horizontally and vertically, approaching 8K performance from a 4K device, whilst also keeping them small and affordable.

The projector can be easily integrated into existing CRVS systems without requiring modification of screens or its structure.

The system is compatible with a broad spectrum of fast jet and rotary-wing cockpits, as well as aviator night vision goggles (NVGs), and also supports easy integration with existing and future head-mounted displays (HMDs).