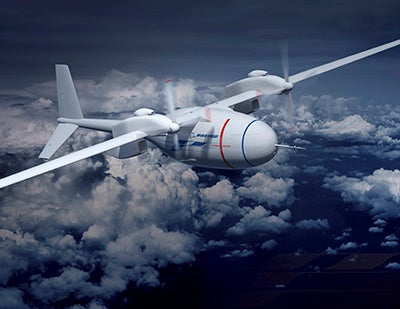 During the taxi test, the air vehicle travelled atop its launching cart system and reached 4,000ft at speeds of up to 30k while ground teams relayed directions and information using Boeing’s advanced Common Open-mission Management Command and Control (COMC2) software.

The tests were conducted in close cooperation with NASA’s Dryden Flight Research Center.

Boeing Phantom Eye programme manager Drew Mallow said the test brings the company one step closer to the first flight of the UAV.

Additional taxi tests are yet to commence, including a high-speed test at 40k that will mark the end of testing before the UAV’s first flight, which is yet to be scheduled.

The Phantom Eye is powered by two highly-efficient, 2.3lt, four-cylinder Ford Ranger truck engines that run on hydrogen and emit only water, which the company claims will make the aircraft economical to operate.