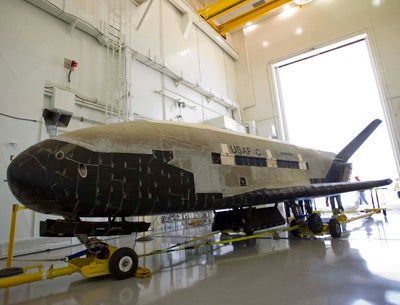 The second Boeing-built X-37B Orbital Test Vehicle (OTV) for the US Air Force (USAF) has successfully completed de-orbit and landing at Vandenberg Air Force Base, US.

Launched from Cape Canaveral Air Force Station in Florida, US on 5 March 2011, the X-37B concluded a 469-day experimental test mission, which was conducted to test the reusable capabilities of the unmanned vehicle.

"With OTV-2, we tested the vehicle design even further by extending the 220-day mission duration of the first vehicle, and testing additional capabilities," said Rusnock.

A combination of an aircraft and a spacecraft, the low-cost responsive OTV was the US first unmanned vehicle to independently return from space and land.

The OTV-1 space shuttle was also the only vehicle that was capable of returning to Earth and being reused.

The second launch of OTV-1 will be conducted by the end of 2012.

Intended to present a reliable and reusable unmanned space test platform for the USAF, the objectives of the X-37B programme include space experimentation, risk reduction, and concept-of-operations development for reusable space vehicle technologies for future space missions.