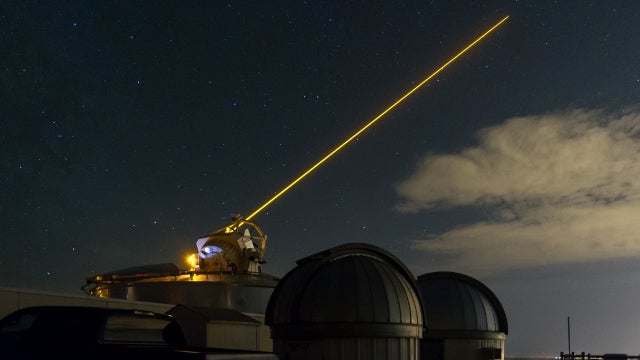 The Boeing and US Air Force Research Laboratory (US AFRL) built sodium laser guide star (LGS) has begun operations on a telescope at the Starfire Optical Range (SOR) of Kirtland Air Force Base in New Mexico, US.

Mounted on a 3.5m adaptive-optics telescope, the 50W laser is expected to enhance AFRL scientists’ ability to obtain detailed images of objects present in the Earth’s orbit.

"The addition of this sodium guide star laser, along with improvements to the AO system sensitivity, will make it possible for us to reliably obtain satellite images with more accurate and precise details than ever before," Montera added.

"It is much more reliable than the device that has been in use for the past eight years. This improved laser will enable the future development of adaptive optics technology," DeYoung added.

Illuminating atmospheric sodium atoms, the laser is capable of generating an artificial guide star to facilitate measurement of the blurring effect resulting from turbulence in the Earth’s atmosphere, which will subsequently be corrected by an adaptive optics (AO) system.

Boeing has provided support services for the Starfire Optical Range’s telescopes for over 30 years, as part of the AFRL’s Innovative Research and Optical Support Services (IROSS) contract.

Under the contract, Boeing is responsible for enhancing the complex’s capabilities in atmospheric compensation and laser communications.