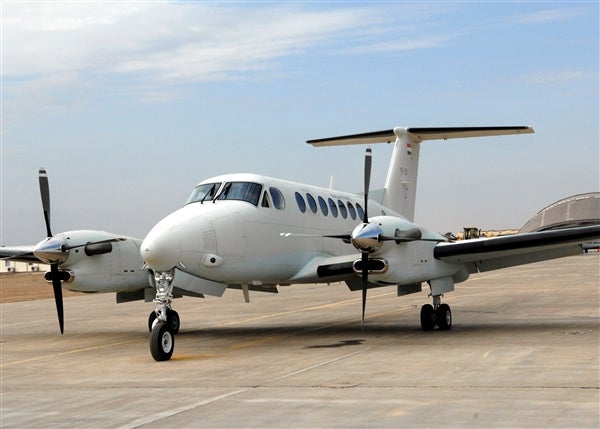 Awarded at the Paris International Air Show in France, the contract extension seeks the supply of support services by the company’s Global Mission Support (GMS) team over the next two years.

As part of a foreign military sale (FMS) programme, Beechcraft delivered six King Air 350 aircraft, including five King Air 350 extended-range (ER) and one King Air 350, along with fixed and portable ground stations, and training and logistics support to IQAF in 2007 and 2008.

Specifically, the team operates a contractor operated maintenance base supply warehouse for delivery of a cost per flight hour model that will ensure predictable and affordable operating costs, and training of maintenance technicians.

Equipped with nacelle fuel tanks and heavy-duty landing gear, the aircraft has an endurance of 12 hours, and is also capable of loitering low and slow or cruising at 300k.

The aircraft are primarily used by the Iraq Air Force in support of border surveillance missions to monitor insurgent activity and patrol vital infrastructure assets.