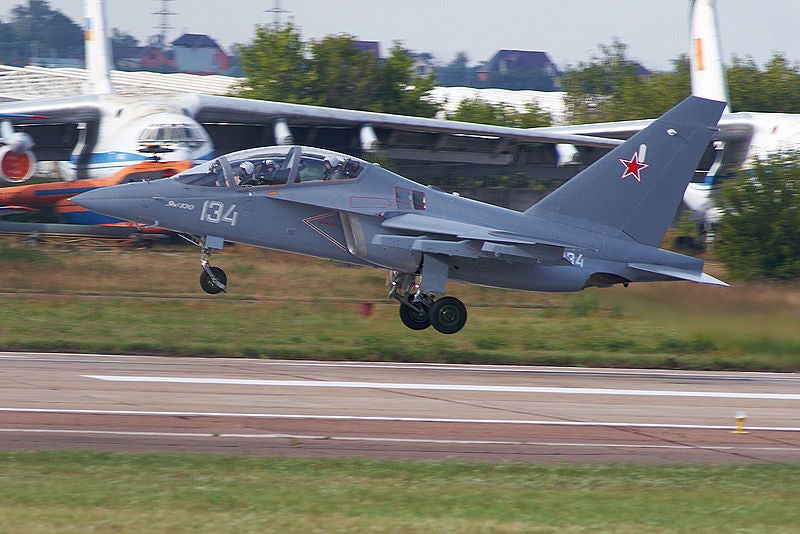 Komardin was quoted by RIA Novosti as saying during the ongoing Langkawi International Maritime and Aerospace (LIMA-2013) exhibition in Malaysia that the Yak-130 jets procurement is a significant subject of negotiations between the two countries, even though information regarding other weaponry is a state-secret.

Negotiations are expected to commence in late 2013, Komardin added.

Granted in January 2013, the credit is likely to include contracts for Russian-built armoured vehicles and infantry weapons, air defence systems and Mi-17 transport helicopters, Vedomosti had earlier reported, citing a source close to Rosoboronexport.

Developed by Yakovlev design bureau, the Yak-130 is a subsonic, swept mid-wing advanced jet trainer and light attack aircraft designed to provide basic and advanced training to pilots for flying fourth and fifth-generation fighter aircraft, such as Sukhoi T-50.

"Granted in January 2013, the credit is likely to include contracts for Russian-built armoured vehicles and infantry weapons."

Capable of carrying a combat load of 3,000kg and operating from unpaved runways and airfields, the twin Progress AI-222-25 turbofan powered aircraft can also conduct light-attack and reconnaissance missions at subsonic speeds of 600mph, in all weather conditions.

Operational with the Russian and Algerian air forces, the aircraft has also been ordered by the air forces of Libya, Syria and Vietnam. The Bangladesh Air Force currently uses Nanchang CJ-6 and Cessna T-37 Tweet as the primary and jet trainer aircraft respectively.

Image: A Yak-130 aircraft taking off during the MAKS 2011 Air Show. Photo courtesy of Rulexip.

The Military Radar Market in Russia to 2024: Market Brief

The Military GPS/GNSS Market in Russia to 2023: Market Brief