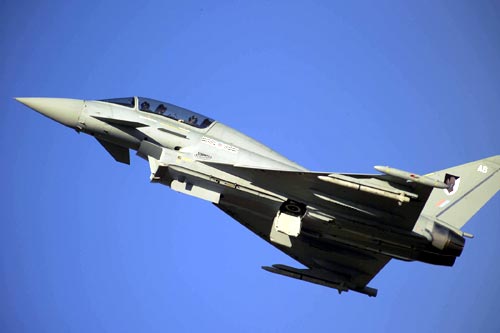 BAE Systems has completed upgrades of the Royal Air Force’s (RAF) Typhoon multi-role fighters to the Tranche 1 Block 5 standard, as part of the aircraft’s Retrofit 2 programme.

Upgrades provided to the 43 jets include integration of a forward looking infra-red (FLIR) system, air-to-air capability modernisation, introduction of an air-to-surface capability, as well as the ability to use laser designator pod for accurate weapon delivery.

”This improved capability will also allow the Royal Air Force greater scope for how they manage the Typhoon fleet,” Taylor added.

”The conclusion of the Retrofit 2 programme is a significant milestone on the Typhoon journey and one we will build from as we continue to grow the Typhoon Force,” Bethell added.

The final aircraft delivered to the RAF under the Retrofit 2 programme is a single seat Typhoon, which entered into operational service on 10 November 2006 with 3 Squadron to conduct quick reaction alert duties from RAF Coningsby in Lincolnshire, England.

The aircraft is scheduled to rejoin service with XI Squadron to support the air force’s deployable Typhoon Force.

Managed jointly by BAE employees and the Royal Air Force/Ministry of Defence fleet management team, the programme has resulted in upgrade of a combination of twin and single seat Typhoon aircraft during the past six years.

The company also conducted the aircraft’s upgrade and primary servicing simultaneously to generate significant cost savings for RAF during initial stages of programme.