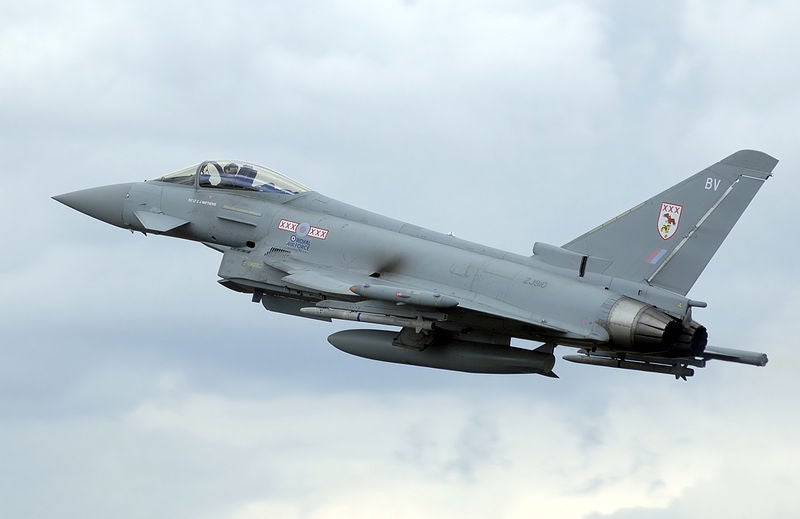 BAE Systems is close to signing a government-to-government agreement with Oman for the multi-billion pound Eurofighter Typhoon fighter jet sale to the country’s Air Force.

A source close to the was quoted by Reuters as saying: "BAE and Oman are close to an agreement for 12 Eurofighters."

Financial details about the deal were not provided, but according to estimates, the sale could have a potential value of up to £1.5bn (Dh8.7bn).

A request for proposals (RFP) was also issued by the service in January 2012, however the deal was put on hold as the country moved ahead with its planned acquisition of a second batch of 12 F-16C/D Block 50 fighters from Lockheed Martin.

The aircraft are expected to be delivered within 36 months following the signing of the contract, and manufacturing work is scheduled to be performed at the company’s Warton facility in Lancashire, UK.

According to the source, BAE is also in talks with UAE for the supply 60 Typhoons under a $10bn deal.

The proposal by the original bidder, Dassault, was recently characterised as "uncompetitive" by the Deputy Supreme Commander of the UAE Armed Forces.

Built by a consortium of EADS, Alenia Aeronautica and BAE, the Typhoon is a twin-engine, canard-delta wing, multirole fighter designed for deployment during air operations including air policing and peace support, and high-intensity conflict missions.

Eurofighter is the largest new generation fighter programme in the world with 559 aircraft under production, and 321 currently operational with Austrian, Italian, German, Saudi, Spanish and the British air forces.

Future of the UAE Defense Industry - Market Attractiveness, Competitive Landscape and Forecasts to 2022

Future of the UAE Defense Industry - Market Attractiveness, Competitive Landscape and Forecasts to 2023