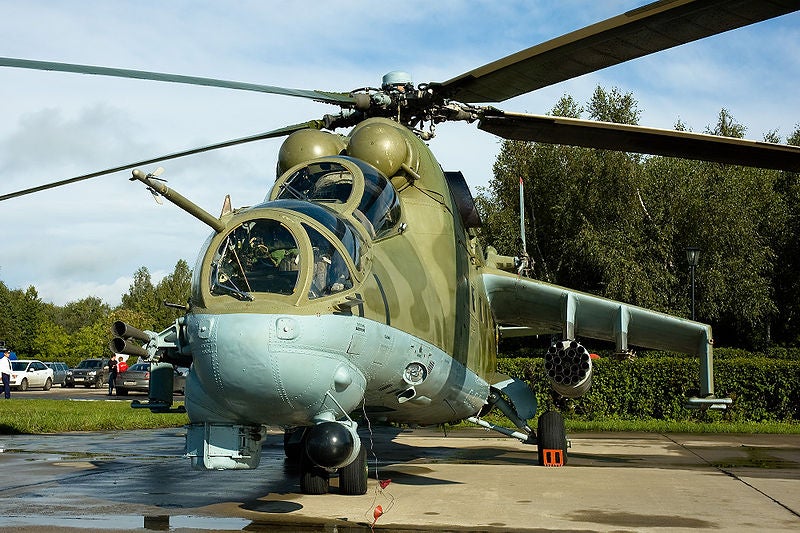 Russia is scheduled to complete the delivery of 64 combat helicopters to Azerbaijan by the end of 2012.

Under the $360m contract, which was signed in September 2010, Russia agreed to deliver 40 Mi-17-V1 military transport helicopters and 24 Mi-35M combat helicopters to Azerbaijan.

The implementation of the agreement is currently being carried out by two companies, Kazan Helicopter Plant and Rosvertol, according to Azerbaijan-based press agency, Azeri-Press (APA).

Testing on the helicopters began in April 2012 and is being conducted by Rosvertol pilots at its plant in Rostov-Don, located in the Southern Federal District of Russia.

The Mi-35 is an upgraded version of the Mi-24 which features night-vision goggles (NVGs), a new countermeasures system, and a turret-mounted IRTV-445MGH thermal imaging system. The helicopters combine high firepower with troop transport capability.

Azerbaijan received the first four Mi-35M helicopters on 12 December, 2011 while the delivery of the remaining helicopters will take place in 2012.

Powered by two Klimov TV3-117VM turboshaft engines, the Mi-17 helicopter is a military transport, helicopter gunship version that has been designed to transport personnel, cargo and can also be used for ambulance, fire extinguishing and rescue missions.