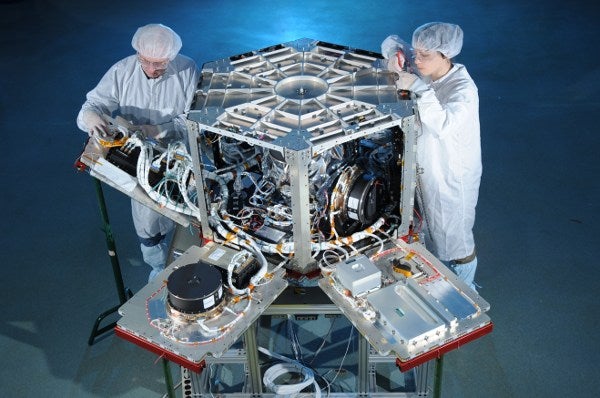 ATK has been awarded a contract to define requirements for network-centric small satellites as part of the US Air Force (USAF) Space and Missile Systems Center’s (SMC) Weather Satellite Follow-On Activities (WSFA) programme.

Awarded by the SMC’s Defense Weather Systems Directorate, the undisclosed contract requires the company to conduct a study that will provide insight into capabilities and characteristics of a modern-day weather data service, which will boost the legacy Defense Meteorological Satellite Program.

”We support the US Air Force Space Command and SMC Space Modernization Initiative that could change the future of military space systems,” Wilson added.

Studies implemented under the contract will primarily concentrate on net-centric architectures and small, agile, cost-efficient heritage spacecraft buses, which can be employed to support a broad spectrum of future weather payloads.

The company will also manufacture small and agile spacecraft concepts based on the legacy ATK A200 spacecraft bus, in an effort to demonstrate its ability to host candidate weather satellite follow-on instruments and also to offer a path to affordable and reliable spacecraft.

The net-centric architectures are expected to help the air force in transitioning from the traditional stove-piped systems to an advanced system that will facilitate quick processing and dissemination of vital weather data directly to the dismounted warfighter.

Systems engineering trade studies will help in defining a distributed ground system that will use a commercial infrastructure to a maximum possible extent to allow cost-efficient, robust and rapid data distribution for weather and other operations.