The two-year deal is valued at more than $5m and has been awarded under the US Government's foreign military sales programme.

The company will develop a complete lighting system including exterior and cockpit lighting, as well as related products that are required to modify the aircraft wiring and control systems.

Using the lighting system, pilots will be able to fly the aircraft using night vision goggles. 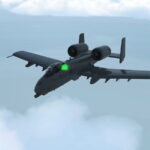 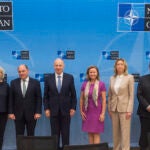 "To date, Astronics' lighting systems have been used to modify more than 1,200 F-16 aircraft in the US and around the world."

“In addition to our long history with the F-16, we provide lighting systems on virtually every major fighter, rotorcraft and transport aircraft flown by militaries worldwide, including the F-18, F-35, UH-60, V-22, CH-53K, C-130 and KC-390 to name just a few.”

To date, Astronics' lighting systems have been used to modify more than 1,200 F-16 aircraft in the US and around the world.

Lockheed Martin-built F-16 Fighting Falcon can be fitted with a wide range of air-to-air missiles and air-to-surface missiles.