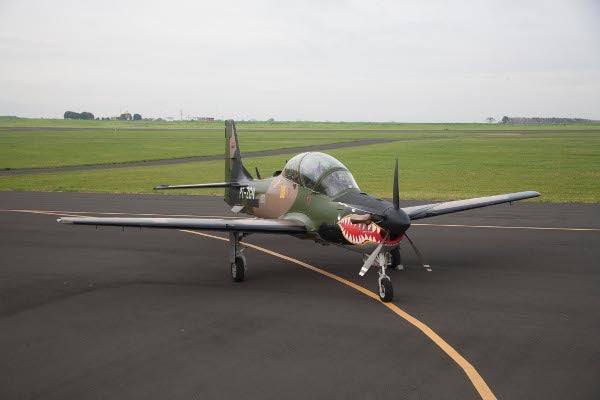 The National Air Force of Angola (FANA) has taken delivery of three A-29 Super Tucano light attack and advanced training aircraft from Embraer Defense and Security at its facility in Gavião Peixoto, São Paulo, Brazil.

The delivery follows a contract received by the company in early 2012 to supply six aircraft along with a logistical, training and replacement parts package to the air force.

"It is a robust, versatile and very efficient combat-proven aircraft with low operating costs and has generated great interest among other African nations,” Aguiar added. The aircraft are scheduled to be operated by the air force for border surveillance missions.

"The aircraft are scheduled to be operated by the air force for border surveillance missions."

Capable of operating in high temperatures and humid conditions, the aircraft is also equipped with intelligence, surveillance and reconnaissance (ISR) capabilities, as well as fourth-generation avionics and both conventional and smart weapons systems to fire precision guided munitions even under extreme conditions.

The aircraft is also operational with the air forces of Brazil, the Dominican Republic, Colombia, Ecuador, Chile and Burkina Faso, Indonesia and Mauritania, while it has also been ordered by Guatemala.

The delivery schedule for the remaining three aircraft has not been disclosed by the company.