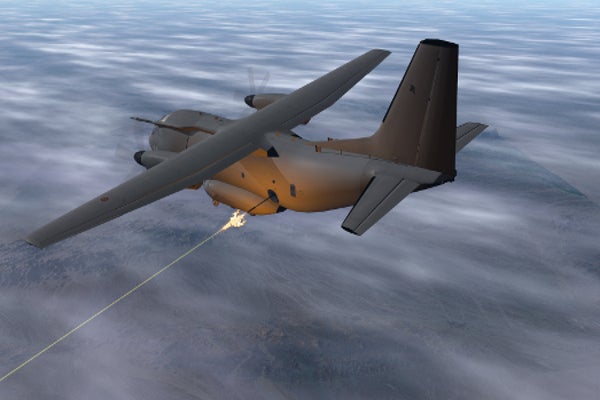 Alenia Aermacchi has unveiled a new, armed version of its combat-proven C-27J Spartan battlefield airlifter, at the ongoing 2012 Farnborough International Air Show, in the UK.

The newly launched MC-27J airlifter, a roll on/roll off (RO/RO) variant of the C-27J, is designed to assist air and special forces in conducting anti-terrorism operations and evacuation of military personnel and civil populations.

Capable of taking off from and landing on short and/or unprepared strips, the aircraft primarily supports all standard special forces’ operations by serving as a platform with quick transfer speed, long operational range and enhanced cargo capacity for the operators, troops and vehicles.

The gunship variant is equipped with the ATK-developed GAU-23 30mm precision weapon kit, which can be employed to fire all types of Nato 30mm x 173 rounds, as well as Super 40 ammunition.

Designed for easy embarkation and disembarkation through the aircraft’s rear ramp, the palletised system permits flexibility in the use of the unaltered aircraft, significantly lowering acquisition costs and development times.

The aircraft is also integrated with a ground command network, to provide the personnel with an intelligence surveillance and reconnaissance (ISR) capability, apart from the ability to deploy paratroopers in the battlefield.

To be jointly developed and marketed by Alenia and ATK, the MC-27J features a high level of commonality with the C-130J, together with an operational flexibility to enable deployment even in hot and challenging environmental conditions.