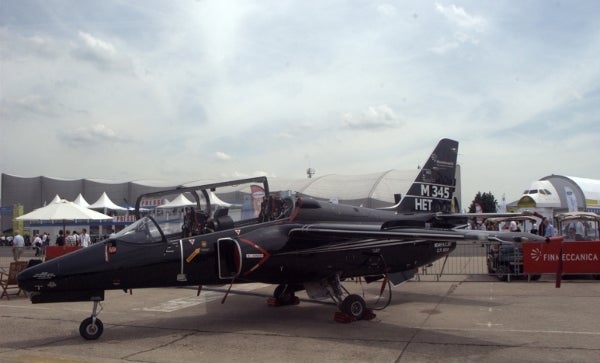 Signed with the MoD’s National Armaments Directorate, the deal seeks the immediate establishment of a joint working team to define technical specifications of the aircraft and draw the course of action for the preliminary study and cost-effective development, with the aim of possibly entering into service between 2017 and 2020.

Alenia Aermacchi chief executive officer Giuseppe Giordo was quoted by the publication as saying that the aircraft would be manufactured at a cost of $100m in the next two years.

A company spokesman said the aircraft will also be offered to air forces as a replacement for first generation Hawk, Alpha Jet and the L-39 Albatros trainer aircraft.

Powered by a 3,500lb thrust class-engine, the aircraft will feature advanced avionics, including a head up display in the front cockpit and a repeater in the rear cockpit, as well as multi-function digital displays for both pilot stations and hands on throttle-and-stick controls.

The aircraft will provide a training syllabus aligned with that of the M-346, enabling interoperability during joint training missions.