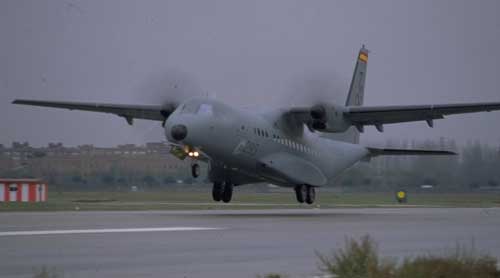 The Kazakhstan Defence Ministry’s state enterprise Kazspetsexport has signed an agreement with Airbus Military for the supply of two C295 military tactical transport aircraft for the Kazakhstan Air Force.

The two companies also signed a Memorandum of Understanding (MoU) for the supply of an additional six C295 aircraft, for which separate firm contracts will be signed progressively over the next few years.

As per the MoU, Airbus will also provide the required technological know-how for the aircraft during the delivery period with the objective that the defence ministry will autonomously take over C295 support.

The first two aircraft are scheduled to be delivered by April 2013 and will be used to support transport missions throughout the nation for current and future air force missions.

The delivery schedule for the remaining six aircraft will be revealed in the following years.

The C-295 is a stretched derivative of the CN-235 transporter, with characteristic high-wing, rear-loader design which allows for easy loading of mission pallets, passengers, cargo, and litters for medical evacuation, communication and logistic duties or paratrooping missions.

Launched in 2001, the aircraft has been sold to customers and operators in Algeria, Brazil, Chile, Colombia, Egypt, Finland, Jordan, Poland, Portugal and Spain.