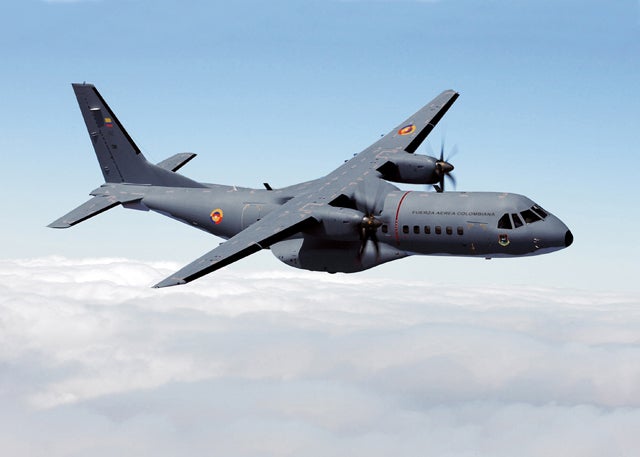 Airbus Military has been awarded a contract for the delivery of additional EADS CASA C-295 military tactical transport aircraft to the Colombian Air Force (FAC).

The contract follows an order secured by the company for the delivery of a C295 aircraft in September 2012, and expands the number of C295’s operated by the air force’s 811 Transport Squadron, for troop transport and humanitarian assistance missions, to six.

Currently operating four C295 aircraft, the Colombian Air Force took delivery of first two aircraft in June 2008, whereas the third and fourth were handed over in November 2008 and April 2009 respectively.

"The contract follows an order secured by the company for the delivery of a C295 aircraft in September 2012."

A stretched version of the CN-235 transporter, the C-295 features a high-wing, rear-loader design that enables the easy loading of mission pallets, passengers, cargo and litters for medical evacuation (MEDEVAC), communication and logistic duties or paratrooping operations.

The aircraft features a large payload capacity of 9,250kg, and is also capable of conducting short take-offs and landing on semi-prepared runways.

The fifth C295 will be delivered in February 2013, but the delivery schedule for the latest aircraft has not been disclosed by the company.