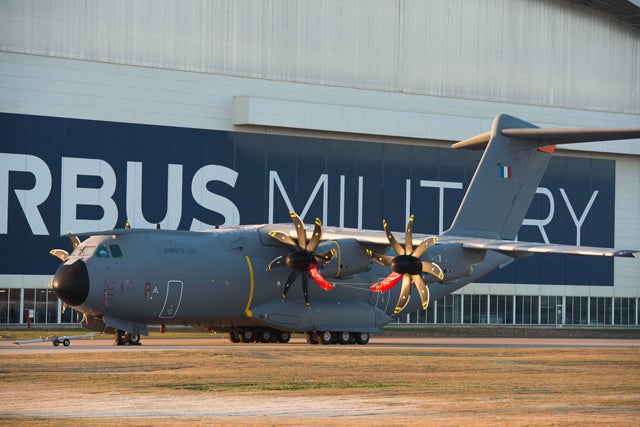 Covering provision of an 18-month A400M support services package, the contract represents a significant milestone in preparations for the delivery of first aircraft to the air force.

Services to be provided as part of this contract include industrial on-base maintenance support and spares management, as well as extended query answering service, to facilitate smooth flight operations at the aircraft’s initial operating base in Orleans, France.

The latest contract offers a tailored service to address the air force’s requirements, building on foundations laid by the A400M Launch Contract, which was signed between the company and OCCAR on behalf of France, Turkey, Germany, Spain, Belgium, Luxembourg and the UK, in 2011.

The offer is currently being discussed with the concerned authorities, who are expected to reach an agreement during the second half of 2013.

The French Air Force has ordered a total of 50 aircraft, and is set to take delivery of an initial three A400Ms, starting from the second quarter of 2013.