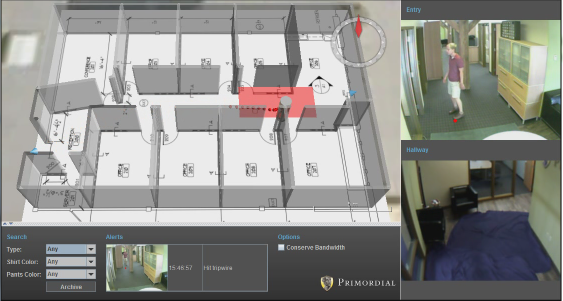 Primordial has been awarded a contract for the development and delivery of a multi-camera immersive surveillance system, called Tentacle, for the US Air Force Research Laboratory (AFRL).

The system, delivered under the $848,791 small business innovation research (SBIR) contract, is scheduled to enhance situational awareness of USAF personnel in the battlefield.

The 3D display features imagery, terrain, buildings and avatars representing entities, such as people and vehicles, thus reducing the cognitive load for the analyst, enabling them to make informed decisions in the battlefield.

The system functions through integration of real-time feature extraction and tagging algorithms for detecting, tracking, and identifying entities with rule-based database query and dynamic alert tools.

Besides supporting archive queries and user-configured alerts, the system enables classification of an object as a person or vehicle, and supports extraction of metadata, such as a person versus vehicle, upper colour, and lower colour for execution of real-time queries and rudimentary identification of entities that temporarily leave a camera’s field-of-view (FOV).

The system is scheduled to be manufactured in collaboration with intuVision, All Hazards Management (AHM), and Carnegie Mellon University (CMU).

Image: The Tentacle system can fuse sensor feeds from several sources into a 3D display to enhance decision making in the battlefield. Photo: Courtesy of Primordial.