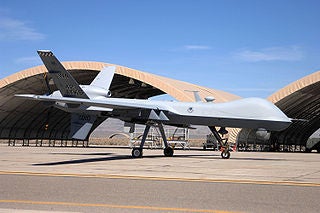 Conducted along with the US Department of Homeland Security, Customs and Border Protection, and the FAA, the tests validated the Predator/Gray Eagle-series aircraft’s ability to fly in close cooperation with the National Airspace System (NAS).

An ADS-B-capable BAE Systems’ AN/DPX-7 military grade Identification Friend or Foe (IFF) transponder prototype, which can interoperate with both military and civilian ATC surveillance systems, was also used in the demonstration.

During the test, the RPA’s ADS-B in and out-capable transponder detected other ADS-B-equipped aircraft and notified Air Traffic Control (ATC) of its location and velocity respectively enabling provision of enhanced situational awareness to pilots.

The test not only validated unmanned aircraft capacity to fly safely in domestic and international airspace, but also ensured interoperability with civilian air traffic rules and regulations.

GA-ASI Aircraft Systems Group president Frank Pace said: "We are working closely with the FAA [Federal Aviation Administration], other governmental agencies, and industry partners to advance the safety of RPA.

"We believe ADS-B will play a key role in a future sense-and-avoid system and will support the FAA’s ‘Next Gen’ initiative, so this is a step in the right direction."

The GPS-based surveillance system is part of the FAA’s efforts to convert US ATC system from a ground-based system to a satellite-based system.

As part of its plans, all aircraft flying above 10,000ft or in the vicinity of major US airports have been ordered by the FAA to be ADS-B equipped by 2020.