The Iraqi military has reportedly confirmed that a rocket attack was targeted on a military base in northern Iraq that houses US troops.

A military statement cited by The Associated Press said that at least one Katyusha rocket dropped close to the Ain al-Asad airbase in western Anbar province on 20 June.

However, it did not explode, and no injuries or significant damages were reported, according to the news agency.

An Iraqi security official said that a fence at the perimeter of the airbase was ‘little damaged’. 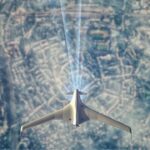 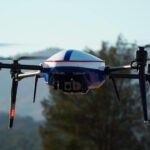 According to an investigation launched by security forces, it was found that the rocket was shot from the neighbouring al-Baghdadi area.

The recent incident in the war-torn country is the latest among a series of attacks launched against the US presence.

Most of the rockets fired struck Baghdad’s Green Zone that is heavily fortified and houses foreign embassies, including the US.

In March, the US DoD confirmed a rocket attack at the US and ally-occupied Al Asad military base in Iraq.

Currently, the US and Iraq are in talks to set a timeline for the withdrawal of foreign troops from the country.

The US has already decided to withdraw its remaining troops from Afghanistan by 11 September.

Nato and other partners have also followed suit with plans for a complete drawdown along with the US.