Boeing, the world’s biggest aerospace company and the biggest exporter in the US, is affected by the COVID-19 outbreak that resulted in the grounding of majority of the world airlines due to lock-downs and sudden fall in demand.

The company started in March that $60bn is required to provide liquidity for the aerospace manufacturing industry, seeking a bailout package from the $2t stimulus package approved by the US Senate.

The company hinted that making timely payments to employees and suppliers could be challenging in the absence of a stimulus, stressing the importance of such interim measures to ease the pressure the aviation industry is facing currently.

With analysts across the world divided over whether the bailout should be given, Verdict ran a poll to find out what readers think about the issue. 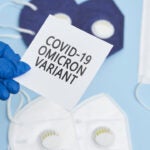 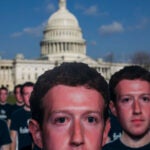 The poll was run from 26 March to 02 April asking whether Boeing should be bailed out, giving respondents two simple answers to choose from – either Yes or No.

A majority 60% of the respondents are opposed to the bailout and chose ‘No’, while 40% support Boeing’s bailout.

Majority of the poll respondents are not in favour of a bail-out for Boeing.

The US government is, however, yet to announce its decision over the bailout. As of today, the COVID-19 situation in the US is still grim with approximately 400,000 cases confirmed, including some 13,000 deaths.