Research and innovation in machine learning in the air force equipment and technologies sector has declined in the last year.

The most recent figures show that the number of related patent applications in the industry stood at 32 in the three months ending March – down from 47 over the same period in 2021.

Figures for patent grants related to followed a different pattern to filings – growing from nine in the three months ending March 2021 to 12 in the same period in 2022. 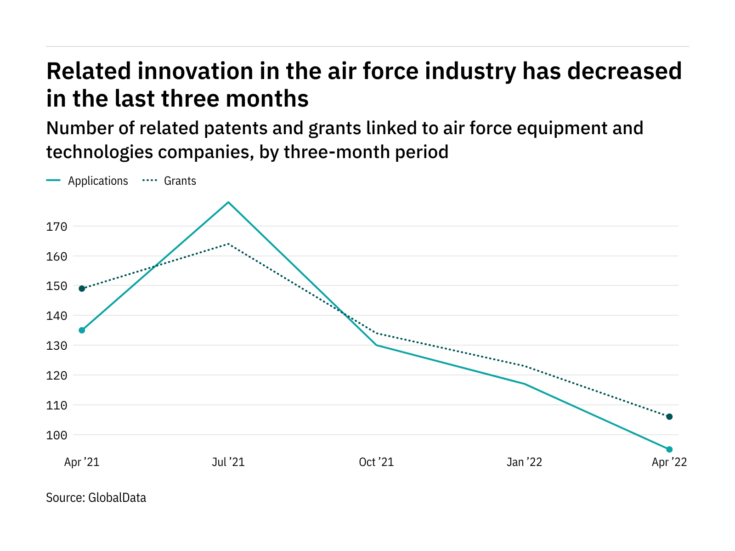 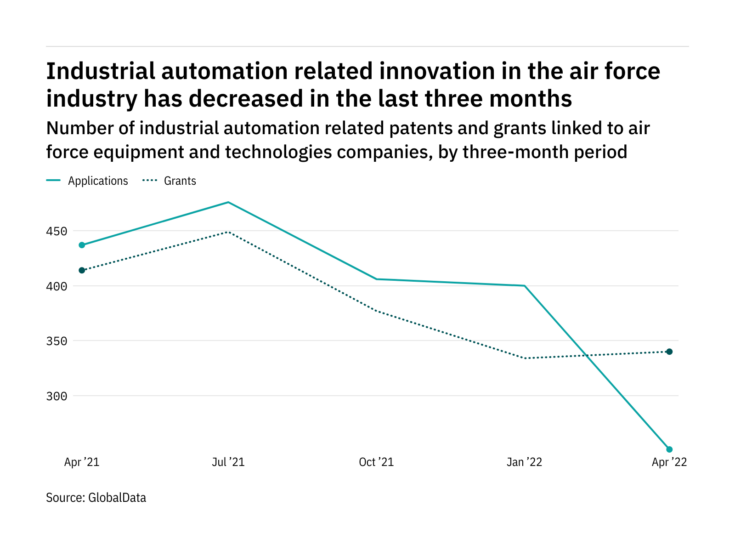 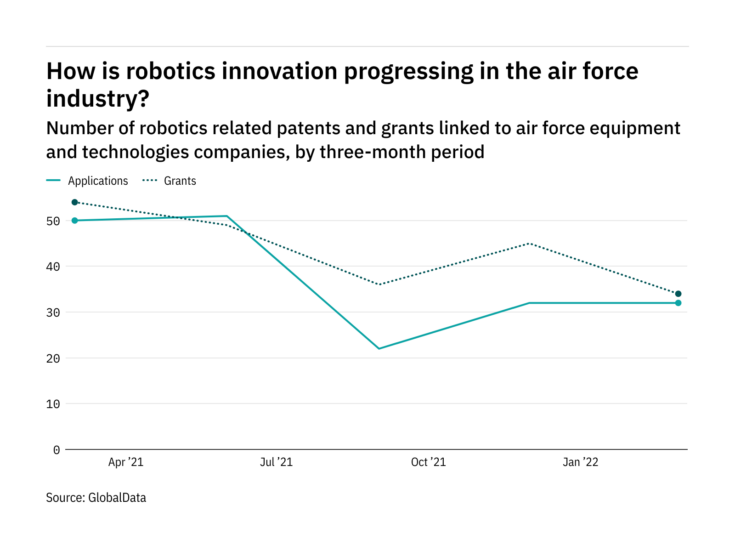 How is robotics innovation progressing in the air force industry?

Thales SA was the top innovator in the air force equipment and technologies sector in the latest quarter. The company, which has its headquarters in France, filed seven related patents in the three months ending March. That was down from nine over the same period in 2021.