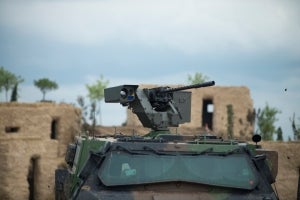 FN Herstal will attend the MAKS International Aviation and Space Trade Show, which will take place in Zhukosvky, Moscow Region, from 27 August to 1st September.

FN Herstal will be showcasing their products at hall D2, Booth no. 3 in the Belgian Pavilion.