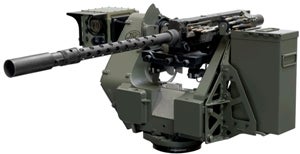 Two armored vehicle manufacturers, Renault Trucks Defense and Streit, have selected the deFNder® remote weapon station to equip their vehicles at the international IDEX 2013 trade show, to be held in Abu Dhabi from 17 to 21 February 2013.

The deFNder remote weapon statios, available in Light or Medium version, were designed and developed around a same philosophy. They feature unique elevation and depression angles, which is particularly critical in urban and irregular warfare. Theyboth offer an open architecture, accepting any types of sight modules and a wide choice of FN weapons – from 5.56 to 7.62 cal machine gun for the Light model and from 5.56 to .50 cal machine gun, plus 40mm AGL, for the Medium model.