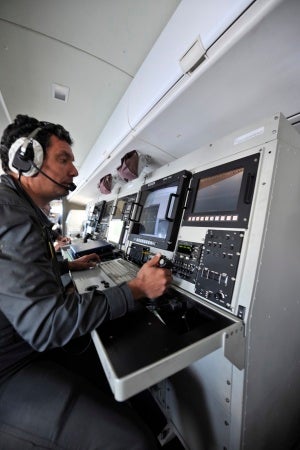 SELEX Galileo, a Finmeccanica company, will participate alongside Beriev of Russia at HydroAviaSalon 2012 in Gelendzhik, on the Russian coast of the Black Sea.

SELEX Galileo contributes the operationally proven Airborne Tactical Observation and Surveillance (ATOS) mission system, backed up with sensors (such as M-scan Gabbiano radar and E-scan Seaspray E family of surveillance radars) and integration capabilities, while Beriev brings the market-leading Be-200 amphibian aircraft with its track record of success in highly challenging missions.

The collaborative approach to HydroAviaSalon 2012 follows the signing of agreements between SELEX Galileo and Russia’s JSC Rosoboronexport agency. It marks the first step in a number of campaigns in countries such as South Africa and in countries with large coastal and island areas.