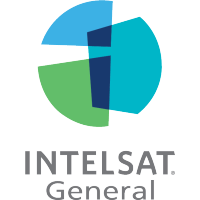 This article will explore the advantages of using the FlexAir solution for aircraft operators flying with ‘VIPs’ including heads of state, running operations requiring dependable enroute communications, and planning intelligence surveillance and reconnaissance (ISR) missions.

Flying with VIPs and heads of state

The FlexAir solution is really two services in one. Firstly, access to Intelsat General’s global network of Ku-band high-throughput satellites means that aircraft can pull out of a hangar anywhere in the world and get connected almost instantaneously.

Secondly, the wideband technology that supports the global HTS network means that multiple satellite beams can overlap one another within a geographic region. For example, if one beam becomes too saturated because too many aircraft are trying to use it at once, FlexAir will search for a better performing beam in an aircraft’s location and automatically switch that aircraft to the new beam. This gives users guaranteed access to the highest data rates possible in any geographic location around the world.

“If there’s ever a time when these VIP customers aren’t able to be contacted, that’s a real problem,” says Stutzman. “FlexAir allows senior leaders and heads of state to be in constant contact with key government agencies, like their national security councils or central and regional command centers, whenever and wherever they fly.”

Having spent 22 years in the U. S. Air Force and having overseen airlift missions over the African continent for much of that time, Stutzman knows all too well the limitations of the “beyond line of sight” communications systems that are currently available to U.S. military commanders. “The legacy systems are awful, especially in global air forces,” he says.

“All the programs that currently exist in the military have fallen short. Right now, there really is no ideal solution that provides resilient, global broadband capabilities at affordable rates.”

Stutzman says that by offering high data rates and global coverage, FlexAir holds significant advantages for enroute communications when compared to other systems. “One of the key things you want to be able to do with your heavy airlift aircraft is communicate seamlessly and immediately anywhere in the world because you may need to re-task that particular aircraft,” he explains.

“Let’s say I need to send information that re-tasks the aircraft while enroute, and I need to give the crew an intelligence briefing as well as ensure that they have all the appropriate crew papers. In the past, they would have had to make an unscheduled stop and enter a secure area where they’d be briefed. But with FlexAir’s high data rates and secure platform I can easily communicate data-intensive information – even full-motion video – while they’re in the air.”

“I can now securely transmit intelligence, as well as send new flight plans and additional crew papers. That ability for the aircraft to continue its mission without having to land is a huge deal. It has many advantages, not least that it avoids burnout among the crew.”

Stutzman says there’s an additional advantage when it comes to maintenance. “Using sensors throughout the aircraft, FlexAir provides metadata on the state of that aircraft in near-real time. This helps operators carry out ‘predictive maintenance’. It can detect when a specific turbine blade within a particular engine is getting weak and needs replacing, for example. “

“More serious incidents, like complete engine failure, are prevented, and potential problem areas in the aircraft’s systems are identified before larger issues occur. The amount of time and money aircraft operators can potentially save as a result is huge.”

In communications terms, ISR operations are unique because they require aircraft to transmit more data than they receive, thereby flipping the requirements of aircraft in most other air force operations. The ability of any aircraft to run ISR therefore depends on, and is limited by, the capability of its data collection and communication systems.

When sending manned (as opposed to unmanned) ISR aircraft into a given territory, operators typically plan for those aircraft to be there for some time, and for data collection to be highly targeted, precise and accurate. This requires a solution that’s both robust and flexible.

With FlexAir, users can purchase one satellite beam at a high data rate over a particular territory. Once the aircraft is over that territory, users will have priority access to that beam at the data rate subscribed. “More information can be sent off the aircraft when you reserve capacity in the beam as prescribed by the user’s specific ISR solution,” explains Stutzman.

Because ISR aircraft rarely need to transmit data until they’re inside a pre-determined “collection” area, the advantage to buying individual satellite beams is that users pay for higher data rates only at the point they need to, thereby saving money.

However, in some cases ISR aircraft may need to transmit data from outside their collection area – for example, if a mission changes mid-flight and a commander requires ISR from new areas. Therefore, when an ISR aircraft is outside its collection area, and is not yet covered by a pre-bought beam, FlexAir’s pay as you go option still lets users transmit data when and where they need to.

“Our standard FlexAir data plans can still be used by aircraft to collect and transmit data,” says Stutzman. “Even though we’ve set you up on one beam, with FlexAir you will still be able to go outside that beam. It gives users the flexibility to fly wherever they need to go and still have signal.”

With global broadband connectivity and affordable pricing plans, FlexAir provides the ideal solution for government airborne communications for enroute and ISR missions.  Contact us to see how FlexAir can work for you.