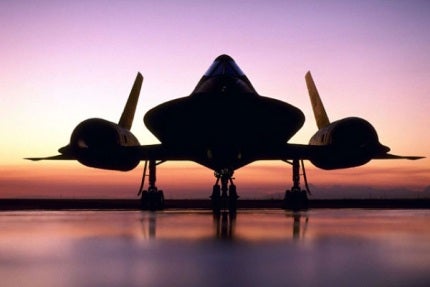 The SR-72 is a new hypersonic demonstrator aircraft to be developed by Lockheed Martin under its Skunk Works or Advanced Development Programs, to meet the requirements of the United States Air Force (USAF).

The high-speed SR-72 plane will be designed and built as a successor to Lockheed Martin’s SR-71 Blackbird, which retired from the USAF’s service in 1998.

The development of the SR-72 hypersonic aircraft in demonstrator form is expected to commence in 2018. It will be an optionally piloted flight research vehicle (FRV) with a length of approximately 60ft. It will be equipped with a single, full-scale engine to manoeuvre for several minutes at a speed of Mach 6.

The SR-72 aircraft will have the capability to perform high speed intelligence, surveillance and reconnaissance (ISR) and strike operations. The first flight of the SR-72 demonstrator is anticipated in 2023, while the full scale aircraft is expected to enter into service by 2030.

The X-37 is an unmanned demonstrator spacecraft designed and developed by Boeing’s Phantom Works, US, to meet the requirements of the National Aeronautics and Space Administration (Nasa) and the US Air Force.

Lockheed Martin has made an attempt on various successors to the SR-71 since 1998, but could not succeed in developing the high speed aircraft.

The HTV-2 project was developed for the collection of data on aerodynamics, aerothermal effects, and guidance, navigation and control. The HTV-2 completed its maiden flight in April 2010 and the second flight in August 2011. The vehicle attained a maximum speed of Mach 20 (13,000mph). The experience and substantial data gained from the HTV-2 is utilised to devise better design for the SR-72.

The SR-72 aircraft will be a hypersonic strategic reconnaissance aircraft incorporating state-of-the art hypersonic technology. It will be sized for similar missions and range offered by the SR-71 aircraft.

"The new aircraft is expected to strike targets anywhere across a continent in less than an hour."

The new aircraft is expected to strike targets anywhere across a continent in less than an hour when equipped with hypersonic missiles such as Lockheed Martin’s High Speed Strike Weapon (HSSW). The high-speed of the aircraft ensures penetration into protected airspace.

The SR-72 will be optionally equipped to fight in combat operations. The aircraft development is supported by the long-term hypersonic road map of the USAF.

Lockheed Martin Skunk Works is collaborating with Aerojet Rocketdyne on the turbine-based combined cycle (TBCC) propulsion system to enable the aircraft to achieve a cruise speed of Mach 6, twice the speed of the SR-71 aircraft.

The subscale ground tests of the TBCC system were performed by integrating a small off-the-shelf turbine engine with a dual mode ramjet / scramjet integrating an axisymmetric inlet and a nozzle.