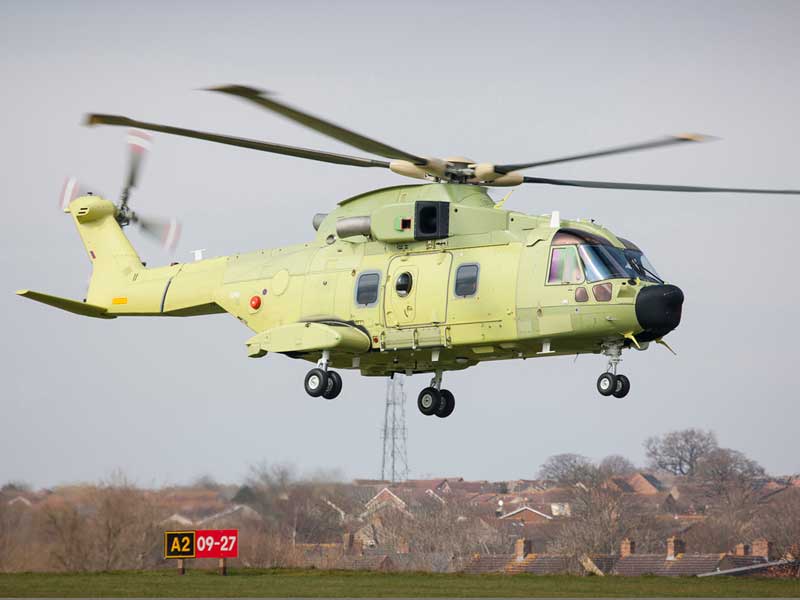 A fleet of 16 NAWSARH (Norwegian all-weather search and rescue helicopters) are being built by AgustaWestland at its Yeovil facility, for the Royal Norwegian Air Force.

The new NAWSARH helicopters are based on the AW101 medium-lift search and rescue helicopter manufactured by AgustaWestland, a division of Leonardo-Finmeccanica.

Maiden flight of the first NAWSARH was performed in March 2016 and the aircraft was officially unveiled in May 2016. The helicopter deliveries will commence in 2017 and are expected to conclude by 2020.

The NAWSARH programme was undertaken in October 2011 with an aim to replace the ageing Sea King SAR helicopter fleet of the Royal Norwegian Air Force by 2020.

The Norwegian Government signed a €1.15bn ($1.57bn) contract with AgustaWestland in December 2013, for the supply of 16 new AW101-612 model SAR helicopters along with technical support, pilot training and spares for the NAWSARH programme. The contract also includes an option for six aircraft.

A full flight simulator is being built by AgustaWestland in Norway to provide support and pilot training services. In addition, the company will also provide performance-based logistics support for up to 90,000 hours of flight time over 15 years.

The NAWSARH project is being managed by the Ministry of Justice and also includes modernisation of six rescue helicopter bases in Norway.

Design and features of NAWSARH

The NAWSARH can be fitted with two to six crew seats. It boasts 6.5m-long and 2.5m-wide cabin with a volume of 27m³, providing enough room for accommodating up to 30 passengers or 12 medical stretchers, based on the mission requirements.

Other features of the NAWSARH helicopter are crashworthy self-sealing fuel tanks, in flight re-fuelling capability, and ice and snow protection system.

Cockpit and cabin of the Norwegian SAR helicopter

Equipped with a range of SAR mission systems, the new NAWSARH helicopters have the ability to rescue more people in distress.

"Equipped with a range of SAR mission systems, the new NAWSARH helicopters have the ability to rescue more people in distress."

The Osprey AESA consists of three flat panels, one at the nose section and two towards the rear, providing a 360° field of view.

Powered by three GE CT7-8E turboshaft engines, the NAWSARH can fly at a maximum cruise speed of 277kmph and can operate up to a range of 1,363km. It has a service ceiling of 4,570m and a hovering IGE of 3,307m.

With a maximum gross weight of 15,600kg, the helicopter can carry loads weighing 4,536kg, externally.

NAWSARH has a 30-minute run dry gearbox capability and can operate in one engine inoperative (OEI) condition.

This project forms part of our recent analysis and forecasts of the global Military Rotorcraft market available from our business information platform Strategic Defence Intelligence. For more information click here or contact us: EMEA: +44 20 7936 6783; Americas: +1 415 439 4914; Asia Pacific: +61 2 9947 9709 or via email.