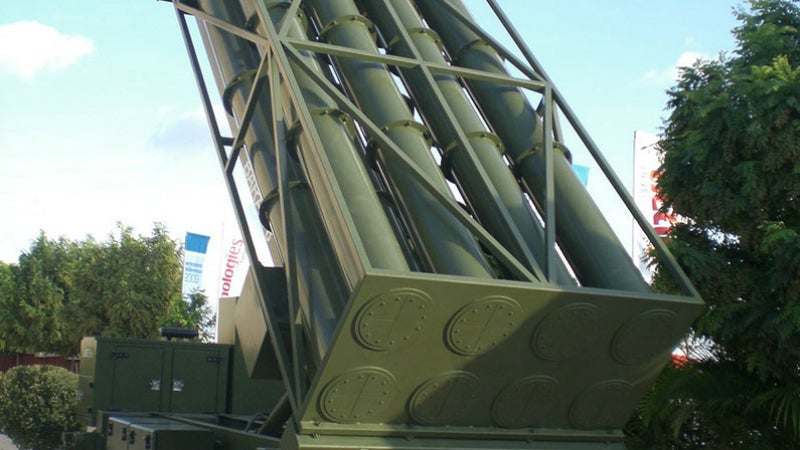 The Medium-Range Surface-to-Air Missile (MRSAM) was developed by India’s Defence Research and Development Organization (DRDO) in collaboration with Israel Aerospace Industries (IAI). It was handed over to the Indian Air Force (IAF) in August 2019.

The missile is designed to provide the armed forces with air defence capability against a variety of aerial threats at medium ranges.

A contract for the MRSAM programme was signed in February 2009. The IAF will buy 450 MRSAMs and 18 firing units at a value of more than $2bn.

IAI and DRDO conducted three flight tests of the MRSAM weapon system at the Integrated Test Range off Odisha Coast, India, in July 2016, to validate all missile components. The missile successfully intercepted a moving aerial target in all the three tests.

In January 2019, IAI entered a $93m agreement with the Indian Navy and Cochin Shipyard for providing Naval MRSAM. It will mainly offer maintenance and other services for various MSRAM sub-systems.

The Indian Navy successfully test-fired LRSAM from its warship INS Chennai off the coast of Odisha in January 2019.

The mobile launcher is used to transport, emplace and launch up to eight canisterised missiles in two stacks. It can fire the missiles in single or ripple firing modes from the vertical firing position.

The combat management system simplifies the process of engaging a variety of threats. It identifies and tracks the threat using a tracking radar. The system calculates the distance between the target and the launcher and then determines if the identified target is a friend or a foe. The target information is then transmitted to the mobile launcher.

The weapon is 4.5m-long, weighs approximately 276kg, and is equipped with canards and fins for control and manoeuvrability.

MRSAM missile is equipped with an advanced active radar radio frequency (RF) seeker, advanced rotating phased array radar, and a bidirectional data link. The RF seeker, located in the front section of the missile, is used to detect moving targets in all weather conditions.

The phased array radar provides a high-quality air situation picture, while the bidirectional data link is used for relaying midcourse guidance and target information to the missile.

The propulsion system, coupled with a thrust vector control system, allows the missile to move at a maximum speed of Mach 2. The weapon has the ability to engage multiple targets simultaneously at ranges of 70km.

MRSAM is a land-based configuration of the long-range surface-to-air missile (LRSAM) or Barak-8 naval air defence system, which is designed to operate from naval vessels.

Under a contract with DRDO, Tata Advanced Systems designed and manufactured combat management systems for the MRSAM programme at its research and development (R&D) facility in New Delhi, India.

Bharat Dynamics (BDL) is the lead integrator for the MRSAM missile systems. BDL established a new production facility in Hyderabad with an investment of $100m to manufacture both MRSAM and LRSAM missiles. The facility has the capacity to produce 100 missiles a year.

Other contractors involved in the development of the MRSAM include Bharath Electronics (BEL), L&T, Elta, and other private companies.