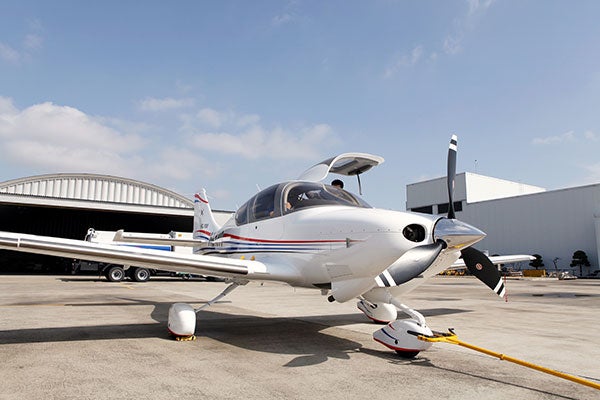 KT-100 is a new trainer jet being developed by Korea Aerospace Industries (KAI) for meeting ab initio training needs of the Republic of Korea Air Force (ROKAF). It is a basic trainer variant of the KC-100 Naraon light aircraft.

The new trainer will replace the ageing fleet of Ilyushin T-103 aircraft in service with the ROKAF. The KT-100 is also expected to be offered as a package to foreign customers.

The KT-100 trainer successfully made first flight at KAI’s plant in Sacheon Airport, in October 2015. The overall flight characteristics and performance of mounted equipment were tested during the flight.

KAI signed a memorandum of understanding (MoU) with the defence and transportation ministries and the Defence Acquisition Program Administration (DAPA) for the delivery of KT-100 basic trainer aircraft to the ROK Air Force Academy, in May 2014. The contract was finalised in December 2014.

The ROK Air Force Academy is expected to acquire more than 20 KT-100s, along with flight simulators and associated equipment by the end of 2016. The induction of KT-100 will complement the KT-1, T-50 and TA-50 trainer fleet, and will allow the ROKAF to conduct basic, advanced and combat readiness training with the indigenously built trainer aircraft.

The environment control system on KT-100 includes a vapour cycle cooling system and a bleed air heating system. The aircraft is also installed with a fluid weeping system, as well as air-conditioning and oxygen systems.

"The KT-100 trainer successfully made first flight at KAI’s plant in Sacheon Airport, in October 2015."

Engine and landing gear of KT-100

The power-plant of KT-100 trainer integrates a single TSIOF-550-K engine supplied by Continental Motors. The engine, fitted with full-authority digital engine controls, generates a power of 315hp at 2,500rpm.

Fuel is supplied by an integrated system that includes a 90gal main wing tank and a collector tank, with a storage capacity of eight gallons. The electrical power system has two 28V DC alternators and two 24/24V batteries.