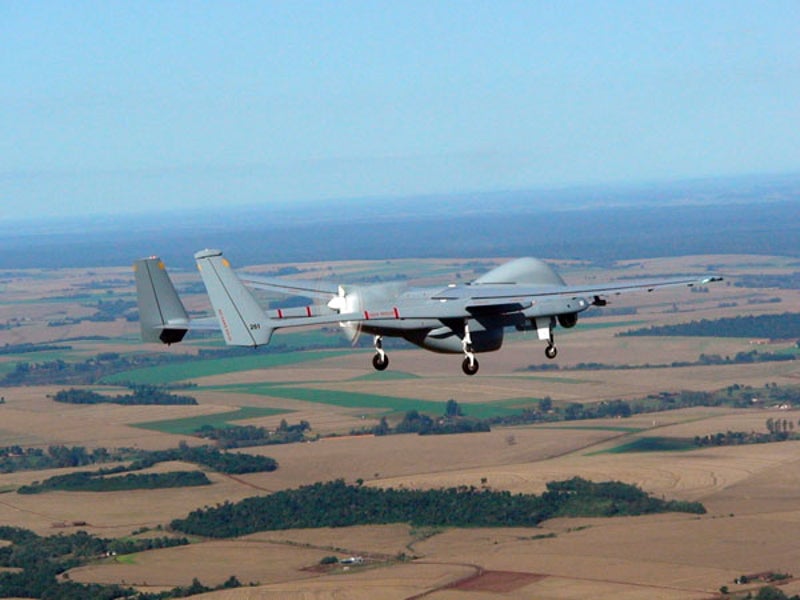 The UAS is produced by Brazilian avionics solutions provider Avionics Services based on Heron (Machatz 1) MALE UAV, which was developed by Israel Aerospace Industries (IAI).

IAI supplied technology and know-how for the Cacador air system, as part of a technical co-operation agreement signed by the companies in 2013 to expand their operations in the Brazilian defence market.

The Cacador was recently exhibited at the 15th Defence Service Asia (DSA) exhibition held in Kuala Lumpur, Malaysia, in April 2016.

As the only class-4 unmanned aerial system deployed in Brazil, the Cacador is intended to meet the country’s tactical and strategic operational requirements.

It is suitable for both military and civil missions including intelligence, border surveillance, reconnaissance, search-and-rescue, anti-piracy, illegal fishing, pollution monitoring, anti-piracy, counter-drug operations, illegal immigration, environmental protection, and infrastructure security. It can also be used for environmental and agricultural applications.

Components of the Cacador Class-4 MALE UAS include a UAV, ground segment, payloads, and data links.

The UAV features high-wing monoplane design with twin-boom configuration. The twin tail booms are extended rearward from the fuselage and are connected by a single tailplane, forming the tail structure. The vertical tail surfaces mounted at the end of the booms are used to reduce aerodynamic drag.

The UAV is equipped with a retractable tricycle undercarriage, consisting of two main units positioned under the twin booms and one nose gear located in the forward fuselage.

With a maximum payload capacity of 250kg, the UAV is capable of carrying variety of sensors simultaneously to support a wide range of missions.

"As the only class-4 unmanned aerial system deployed in Brazil, the Cacador is intended to meet the country’s tactical and strategic operational requirements."

The UAV uses reliable line-of-sight or beyond-line-of-sight wideband satellite communications data links for transferring information from the air to the ground segment and vice versa at ranges exceeding 1,000km.

The real-time imagery and telemetry data collected by the UAV sensors is processed and stored at the ergonomic rugged ground control station. The command and control solutions at the ground segment allow operators to plan and execute the UAV missions.

Propulsion for the Cacador MALE unmanned aerial vehicle is provided by a four-blade pusher propeller driven by a turboprop engine located at the aft of the fuselage.

This project forms part of our recent analysis and forecasts of the global Unmanned Aerial Vehicles (UAV) market available from our business information platform Strategic Defence Intelligence. For more information click here or contact us: EMEA: +44 20 7936 6783; Americas: +1 415 439 4914; Asia Pacific: +61 2 9947 9709 or via email.