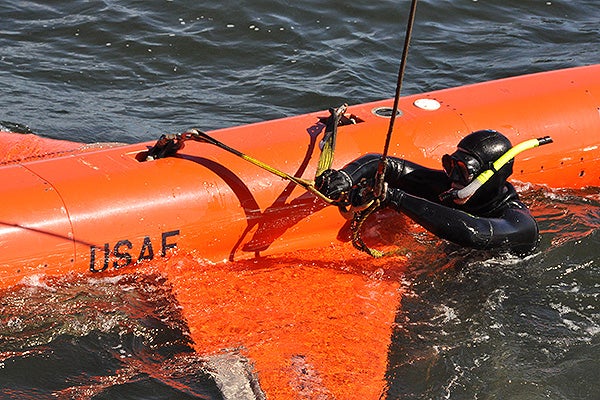 BQM-167A is a sub-scale aerial target system designed and manufactured by Composite Engineering, for the US Air Force (USAF). The system can be deployed to provide threat-representative target for the test and evaluation of new air-to-air weapons systems of the USAF and the US Department of Defence (DoD). The aerial target system is also used to provide training for aviators in air-to-air combat environment.

It is operated and maintained by the 82nd Aerial Targets Squadron at Tyndall Air Force Base in Florida.

The BQM-167A system is a replacement for the MQM-107 and BQM-34 aerial targets. Two prototypes were developed and tested in 2001.

The USAF selected BQM-167A as the next generation Air Force Sub-scale Aerial Target (AFSAT) in July 2002 and selected Composite Engineering as the preferred bidder for the AFSAT programme. The company manufactured a total of six systems for the Flight Performance Demonstration (FPD) phase.

The unmanned system made its first flight in December 2004 and performed 13 FPD launches through March 2006. The target passed first acceptance testing in August 2006. A total of 13 test flights were conducted during the pre-operational testing through June 2007. The system performed live-fire mission in February 2007 and achieved initial operational capability in 2008.

Composite Engineering also secured a $32m sole source option award from the USAF for the delivery of an additional 28 BQM-167A aerial systems in January 2013. The company also agreed to provide logistics and technical support services for one year. The deliveries are scheduled for completion in mid-2015.

Design and features of AFSAT

The BQM-167A aerial target, built with materials made from carbon fibre and epoxy resins, delivers high performance and long endurance.

The unmanned system can be launched off the ground using a rocket assisted take off (RATO) system with a zero length launch rail. It can be recovered from land or water using a parachute recovery system developed by Irvin Aerospace.

The BQM-167A aerial target drone is equipped with a number of internal and external payloads to support a variety of mission requirements. It features GS-111 INS sensor systems developed by Athena Technologies.

"The aerial target’s manoeuvres include turns to a g-limit of 9g and other aerobatic turns."

Engine and performance of BQM-167A

The BQM-167A aerial target system is powered by a MicroTurbo Tri 60-5+ turbojet engine developing a thrust of 1,000lb.

The system can operate at an altitude of 50ft above the ground level and 50,000ft at mean sea level. Its true airspeed ranges between 230kt and 600kt at sea level, whereas the maximum speed is Mach 0.93. The aerial target’s manoeuvres include turns to a g-limit of 9g and other aerobatic turns.