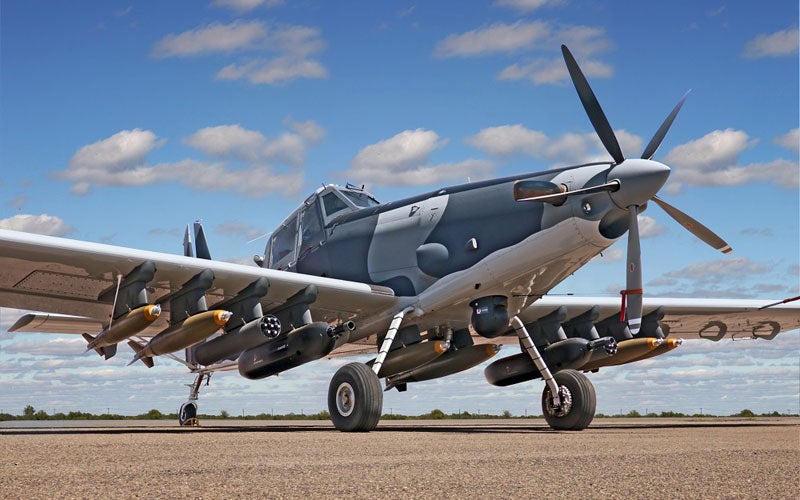 The AT-802L Longsword is an intelligence, surveillance and reconnaissance (ISR) and light strike aircraft developed by L3 Technologies in co-operation with Air Tractor. It is a special mission variant of the Air Tractor 802 series of agricultural aircraft.

The aircraft was awarded a supplemental type certificate (STC) by the US Federal Aviation Administration (FAA) for its updated digital avionics and cockpit in June 2017. It was displayed at the International Paris Air Show held in June 2017 and is one of the contenders of the US Air Force’s OA-X light attack competition.

The fuselage and wings offer ample space for the integration of sensors, datalinks and weapon systems to transform the aircraft into an ideal ISR and strike platform to meet the challenging needs of armed forces.

“It was displayed at the International Paris Air Show held in June 2017 and is one of the contenders of the US Air Force’s OA-X light attack competition.”

The landing gear includes a tail wheel and large main wheels to enable operations from unpaved and uneven air strips. The engine is equipped with special intake filters to support uninterrupted operations in dusty conditions.

The AT-802L Longsword is armed with a range of weapons, including guns, guided and unguided bombs, as well as rockets and missiles. Its under-fuselage is installed with up to 11 hard points to carry more than 6,200lb of ammunition and fuel.

The cost of operations is lower than that of trainer-based and more complicated aircraft.