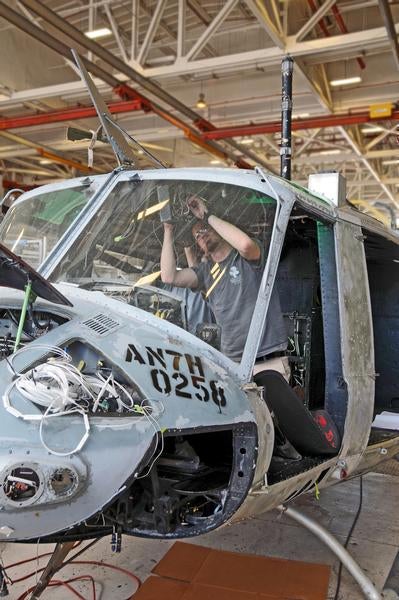 Engineers from the US Naval Air Systems Command’s (NAVAIR) Fleet Readiness Center (FRC) East are currently converting the first of three Marine Corps’ UH-1N Huey military utility helicopters into the air force version of the aircraft at the MCAS Cherry Point in North Carolina, US.

A total of 26 retired Marine UH-1N Hueys are expected to be taken up by the US Air Force (USAF) for fleet replenishment, but only three aircraft will be transformed and inducted into operational squadrons.

"The VOR/ILS being installed is the primary navigation system – once it’s added to the two systems already onboard, it will give air force pilots the same setup they’re used to."

Having completed 30% of conversion work, the first Marine to Air Force Huey is scheduled to be delivered in September.

The Military GPS/GNSS Market in the United Arab Emirates to 2023: Market Brief