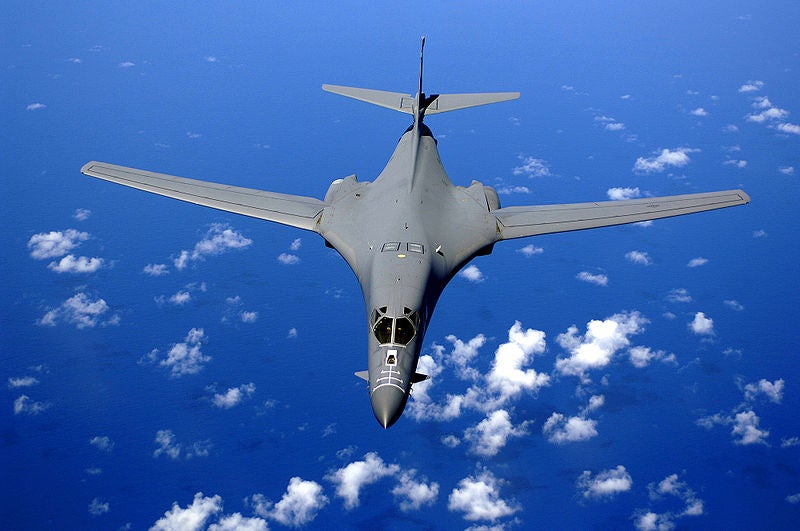 The US Air Force (USAF) has taken delivery of three B-1 Lancer radar prime mission equipment kits from Northrop Grumman, as part of the B-1’s Radar Reliability and Maintainability Program (RMIP).

The delivery is one of a series of RMIP contracts, worth a combined value of $161m, secured by the company to enhance the bomber’s mission performance.

The RMIP base contract, which is worth $65m, was first awarded to Northrop in September 2010 for the supply of 22 modification kits, along with test benches, spares, repairs and technical data and services, followed by a series of additional $95m options for a further 38 kits.

According to the company, one radar kit has been installed on a B-1 aircraft at Ellsworth Air Force Base, located in South Dakota, while the remaining two kits were integrated into the bombers at Dyess Air Force Base, Texas, in June 2012.

Northrop Grumman Global Sensor Solutions vice president Tim Winter said that the upgrade will ensure combat readiness of the B-1 fleet for warfighters.

"The delivery is one of a series of RMIP contracts, worth a combined value of $161m, secured by the company to enhance the bomber’s mission performance."

"This investment will maintain the B-1’s critical capabilities by improving the reliability of radar system and reducing the manpower needed to maintain it," Winter added.

B-1 radar Air Force programme manager major Daniel Walters said: "The upgrade is projected to significantly enhance B-1 mission readiness both at home and in combat, allowing operators to put bombs on a target for many years to come."

Developed by Northrop prior to receiving the 2010 production contract, the RMIP upgrade replaces two line-replaceable units in the aircraft’s AN/APQ-164 radar to further improve both its reliability and maintainability.

Equipped with a new radar receiver and transmitter, a radar processing computer and a reconfigured software package, the kit provides the bomber with flexibility to expand its mission capabilities with the onset of new technologies.

The B-1 Lancer is a long-range and supersonic variable-sweep wing strategic bomber used by the USAF to support US and Nato missions in Iraq and Afghanistan.

19 Jan 2021
Registration is disabled.
We use cookies to ensure that we give you the best experience on our website. If you continue to use this site we will assume that you are happy with it.Ok