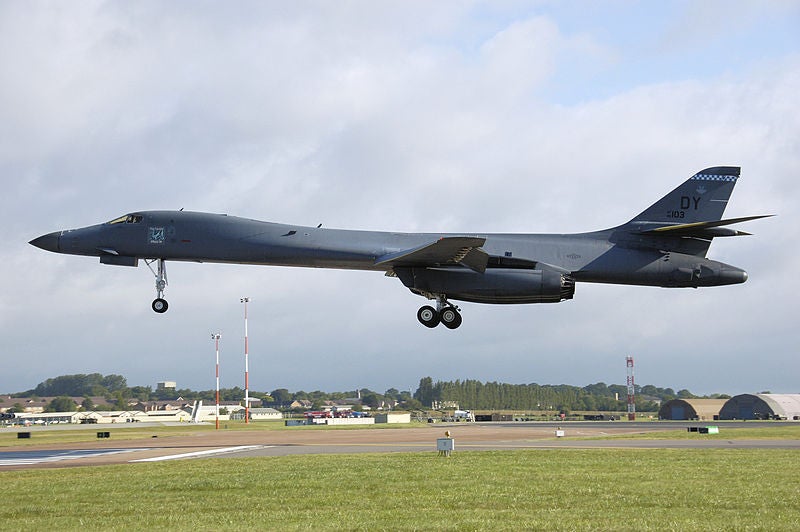 Boeing has been awarded a Lot 2 contract modification for the production and supply of B-1B Lancer long-range strategic bomber Integrated Battle Station (IBS) modification kits to the US Air Force (USAF).

The $65.8m award follows a previous Lot 1 contract secured by the company in June 2011 for the installation of four IBS kits on the B-1B bomber aircraft.

Under the terms of the new contract, Boeing will supply a total of nine IBS kits, along with spare parts, training, support equipment and engineering support services to the air force.

The IBS features three major aircraft modifications, which includes the integration of an upgraded front and aft cockpit, a new diagnostics system and a new Link 16 data system to help improve the situational awareness and communication capabilities of the aircrew.

Boeing B-1 programme director Rick Greenwell said: "Combining the three major B-1 modifications into one installation will not only save taxpayer dollars, but will also allow us to get the bombers back to the field much faster and with more capability."

Integration of kits under the Lot 1 contract are scheduled to commence at the company’s Maintenance, Repair, Overhaul and Technology Center in Oklahoma City in late 2012, while work under the new contract will start immediately with an aim to upgrade the entire fleet by the end of 2019.

Powered by four General Electric F101-GE-102 turbofan engines, the B-1 Lancer is a long-range and supersonic variable-sweep wing strategic bomber, which is operated by the USAF in support of the US and Nato missions in Iraq and Afghanistan.

A total of 67 B-1 bombers are currently operated by the air force and are expected to remain operational until 2025.