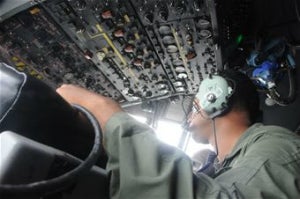 The US and Bangladesh Air Forces have recently concluded the bilateral tactical airlift exercise, Cope South 2012, at Kurmitola Air Base, Bangladesh.

The six-day exercise involved more than 65 US Air Force (USAF) airmen from the Kentucky and Georgia Air National Guard, Yokota, Kadena and Misawa Air Base, Japan, along with a Lockheed Martin-built C-130H Hercules and C-130B model, as well as Bangladesh air force members and one Antonov AN-32 aircraft.

During the exercise, personnel from both forces conducted cooperative flight operations including aircraft generation and recovery, low-level navigation and subject-matter exchanges in operations, maintenance and rigging disciplines.

Aircrew also exchanged airlift, air-land, and airdrop delivery techniques and also worked towards the development and expansion of combined airlift capabilities with the Bangladesh Air Force.

As part of the exercise, flight engineers traded the USAF’s C-130H Hercules cockpit seats for a subject matter expert exchange.

During each flight, the C-130 flight engineer’s evaluated aircraft engine systems, determined the performance of the aircraft and also managed checklists.

Aimed at deepening military-to-military relationships between the two nations, the exercise was also conducted to enhance the wing’s ability to respond to regional disasters.