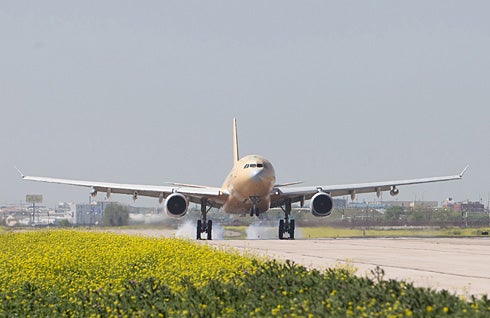 The delivery follows a contract secured by Airbus’s parent company, EADS, for the delivery of three boom-equipped A330 tanker aircraft to UAE, outlined in February 2008.

Commenting on the aircraft, Airbus Military Derivative Programmes vice president Antonio Caramazana said: ”We are confident that it will greatly enhance the capability of the UAE Air Force and contribute to the stability of the Gulf region.”

Manufactured at the company’s Getafe facility near Madrid, Spain, the aircraft are scheduled to help the UAEAF improve the country’s homeland defences and also enhance its regional security and humanitarian relief operations.

News
Raytheon Australia begins construction of new facility in Queensland
Data Insights
View All
"A330 MRTT is a military variant of the civilian Airbus A330-200 aircraft, powered by two General Electric CF6-80E engines."

The latest shipment represents completion of aircraft deliveries to all four customers, which include Australia, Saudi Arabia, UAE and the UK.

Designated as a dual-role air-to-air refuelling and transport aircraft, the A330 MRTT is a military variant of the civilian Airbus A330-200 aircraft, powered by two General Electric CF6-80E engines.

Capable of carrying 256 passengers, the aircraft has also demonstrated its ability to conduct air-to-air refuelling operations with the air force’s other fighters, including the Mirage 2000 and F-16 Block 60 Desert Fighting Falcon aircraft, during extensive flight tests at Al Dhafra airbase in Abu Dhabi in March 2012.

The remaining two aircraft are currently in the advanced stage of conversion and are scheduled for delivery by the middle of 2013.